90 years of Luisa Via Roma, 35 years since the first project by Claudio Nardi 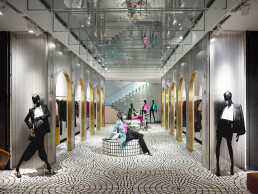 After several years of restyling , starting from the late 1984 following by the 1998 and 2008 projects, for the occasion of LuisaViaRoma’s 90th anniversary Claudio Nardi managed to transform the Florence store into ‘Good Vibrations’.

The first major project from Claudio Nardi for LUISAVIAROMA dates back to 1984, since then the space has been a continuous evolution, telling different stories and having many interpretations, some of which have profoundly revolutionized the space, while others have simply dressed and reinterpreted it.
Right from his first project in 1984, the idea was to create a timeless and changing space, a space that felt the times and even anticipated them. The 1998 project, of a light restyling, he shaped the space, maintaining iconic elements , such as the helicoidal stair, complementing the spaces with golden mosaics. In the transformation carried out by Claudio Nardi in 2008, the space was abstract and neutral, like a theatrical stage, to allow space for express different moods and emotions through the superimposition of textures, textures, colors and furnishings.
This project further simplified the basic design and the system of fixed and furnishing elements present to make an effortless, infinite series of possible future interpretations.

The last project brings to our memory the traditions of architecture.The installation is inspired by the vibrations of black and white: a play on geometrical textures and forms with golden flashes of light that intertwine with each other.

In the gallery below are present the 4 projects by the architect Claudio Nardi. 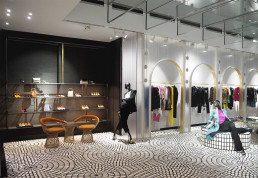 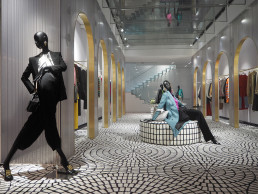 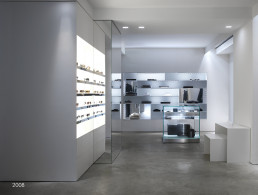 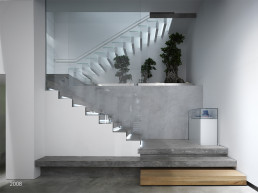 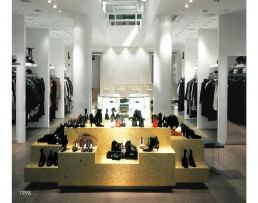 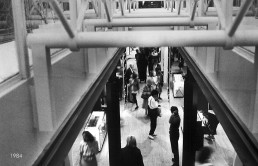 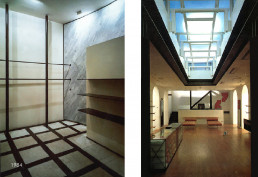